IIHMR University hosted a webinar on Meeting India’s Target of Eradication of TB by 2025 by Testing and Treating the Missing Millions with Tuberculosis Jaipur, 11 th Jan,2022:

IIHMR University a premier Health Care Research institution with a prime focus on delivering skill-based knowledge and about the future of healthcare organised a Webinar – Meeting India’s Target of Eradication of TB by 2025 by Testing and Treating the Missing Millions with
Tuberculosis.
Consocia Advisory and IIHMR University co-hosted the webinar. Dr. Sheenu Jain, Associate Professor, Marketing and Chair, Centre for Innovation, Incubation, and Entrepreneurship (CIIE) at IIHMR University gave away the welcome address. She said,” There was a dire need for eradication of TB in the country and talked about the facts that the mortality was at 30 per 100,000 and the DALY had increased to 1125 per 1,00,000 population.” She mentioned supporting the PM mission of End TB by 2025.

Key discussions in the webinar included –
 Testing, treating and digital adherence to TB (can weave around Technology led smart and affordable solution to remove most of the barriers in TB diagnostics)
 Challenges and progress in identifying TB patients. Role of Counselling and adherence to treatment.
 Prioritizing on TB mandate, R&D, Diagnostics

Mr. Bjorn Lomborg, President, Copenhagen Consensus Centre, said, “It is the time to step back and think not only about the medical side but the cost benefit, which tells that TB is one of the best investments in the world. He exclaimed, “To cut the TB death by 95%, $43 of social benefit can be
acquired for every $ spent. In India the Copenhagen Consensus Centre had worked in Rajasthan and Andhra Pradesh in cooperation with Tata Trust. In Rajasthan, they found out that TB investment was the best idea, and for every Rupee, The Rajasthan govt spends, they can get 171 rupees back for
social good. He further said, “No matter, which way you slice it, spending on TB is the world’s best investment”

Dr. Ravinder Kumar Dewan, Director, NITRD, said,” GOI had announced the political will to attain TB eradication by 2025 which was acknowledgeable, and the current pandemic situation had caused a dent to their efforts. He also stated that the report shows define as compared to previous years and It will be even worse in the 2021-22 because of pandemic. He also discussed the strengthening case finding methods for both active and passive. Also stated, early detection is vital to interrupt transmission of TB disease and the testing for TB must be increased to a great extent, and hence strategies towards testing were also discussed. The remaining challenges in TB were discussed. The major concerns related to tb were raised in a very good manner.

Dr. Arvinder Singh, Country Manager, India- Region Human Diagnostics GmbH, exclaimed,” Diagnostics was a very important area of intra and extra pulmonary TB. There has been a tremendous growth in various molecular platforms, and it was important for policy makers to look at
these new technologies and innovations as it would help in reduction of the chain of transmission and decrease the burden of missing millions.”

Dr. Praveen Aggarwal, Director and Co-Founder, Consocia Advisory, concluded the webinar by thanking the speakers for the insightful session. He said, “The target to achieve TB eradication by 2025 was absolutely possible, but they need to the bridge the gap by identifying the missing millions
and making the resources available at all the PHCs and CHCs in every region of the country. He further said, “it was imperative to appreciate the value of life, which along with the resources and advocacy using the media can help in achieving the target.

Over 500+ attendees joined us for the webinar which included TB champions, people from government organizations, medical fraternity, medical students from across the country. The webinar was quite informative with lots of questions related to HIV and TB, diagnostic tools , TB vaccines
which were answered by panelists.

All the attention and resources directed at the COVID pandemic at the expense of TB had led to increase in the number of cases as well deaths due to TB. The investment in TB as explained by Dr. 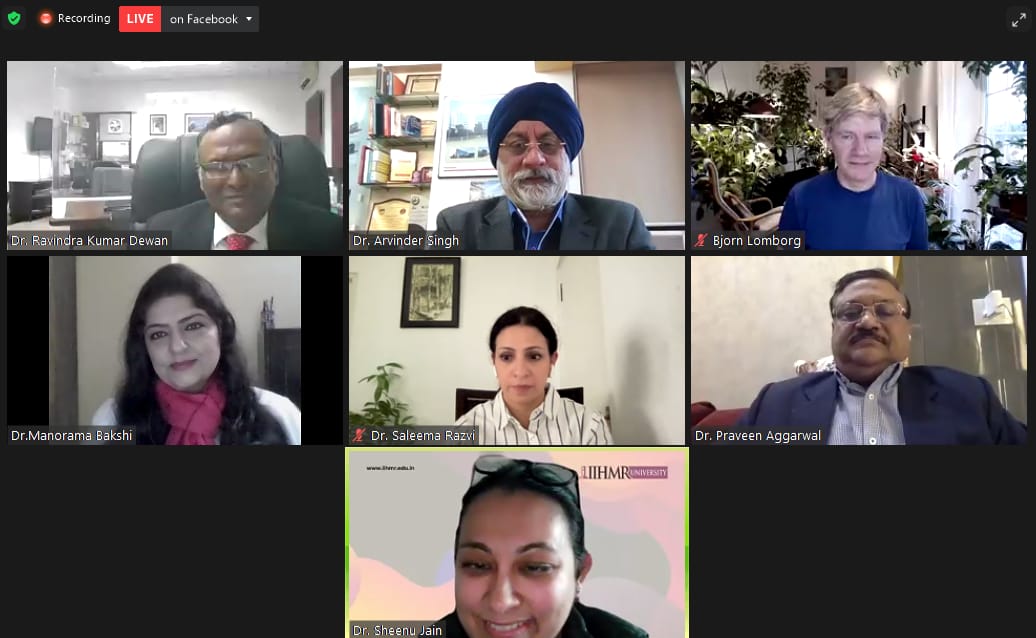 Bjorn Lomborg, gave a meaning to their efforts.