Years before oxytocin was discovered, it was common practice in midwifery to let a first-born twin nurse at the mother’s breast to speed the
birth of the second child. Now we know why this practice is helpful—it stimulates the release of oxytocin. Even after a single birth, nursing promotes expulsion of the placenta (afterbirth) and helps the uterus regain its smaller size. Synthetic OT (Pitocin) often is given to induce labor or to increase uterine tone and control hemorrhage just after giving birth. 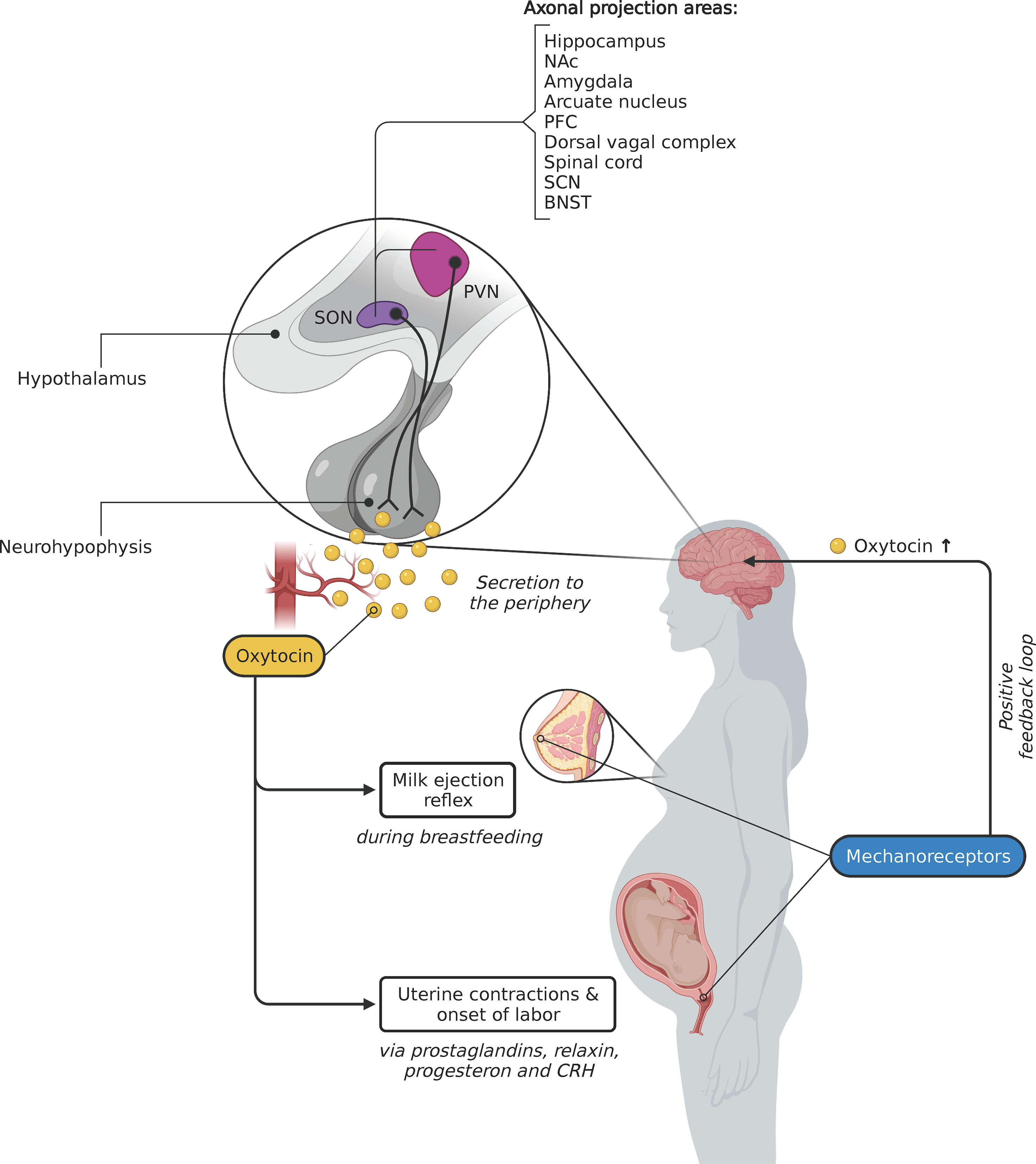 Q.1 OXYTOCIN  is released by

Q.2 OXYTOCIN  is ALSO KNOWN as

A. help in uterus contraction

B. help in milk ejection

C. help in development of  childcare behavior in parents