Culture media are the gel or liquid which are designed to support the microbial growth in the laboratory conditions. Culture media can be natural or synthetic. In laboratory, synthetic medium is commonly used, in which, the known amount of different chemical are added such as peptone and beef extract which help the microorganisms to grow properly.

The commonly used media are usually enriched with:

Selective medium allows some microorganisms to grow but suppresses other microorganisms. During the identification of the suspected agent of the food poisoning, SPS agar, which is a selective medium for Clostridium botulinum is used, which allows the growth of Clositridium botulinum while suppresses the growth of all other Clostridium species. In the SPS agar, antibiotics sulfadiazine and polymyxin sulfate are added. Other examples for selective mediums are phenylethyl alcohol agar for gram-positive bacteria, crystal violet agar for gram-negative bacteria and 7.5% sodium chloride agar for halophilic microorganisms.

Differential medium changes its physical appearance when some biochemical reactions occurs. These mediums are used for the differentiation of colonies from others. MacConkey and SPS agar can used as differential as well as selective agar. MacConkey agar changes color to red on formation of colonies of lactose fermentors. Clostridium botulinum so formed on the SPS agar causes color change to black due to hydrogen sulfide formation. Other examples of differential medium are Levine which is used for differentiation between fermentors and nonfermentors, and Mannitol salt agar which can differentiate mannitol-fermenting staphylococci.

the above image is taken for educational purpose only from indiamart.com

This types of mediums contains special nutrients which are required for the growth of particular microorganisms. They are used to culture microbes which are not present in sufficient number to be identified. The presence of special nutrients allows the formation of colonies of microorganisms which then can be identified using tests. An example of this media containing trace element selenium which is used for the culture of Salmonella typhi from fecal samples. Another example of enrichment medium is blood agar which is used for the culture of fastidious bacteria.

the above image is taken for educational purpose only from indiamart.com

The most common complex medium which is suitable for the growth of many microorganism in laboratory has the following constitution: 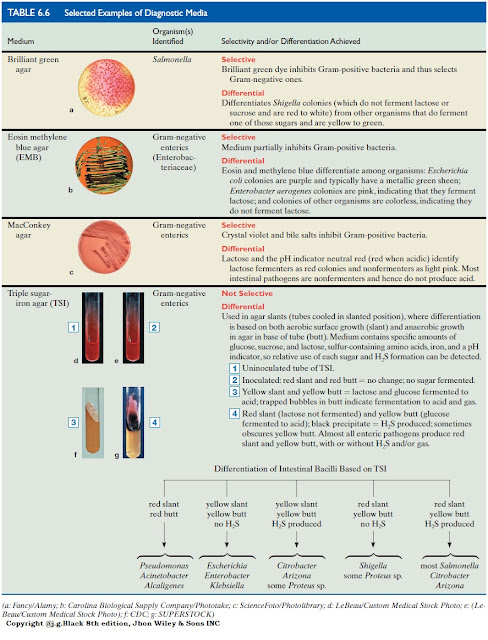 1. What is the application of selective medium?

b. It allows growth of all the microbes inoculated to it.

c. It does not allow the growth of any kind of microbes

d. It is used as an insecticide.

3. Blood agar is used for the cultivation of?

4. Agar media can be enriched with blood for the identification of?

a. Bacteria which can grow in anaerobic conditions

b. Bacteria which can cause hemolysis

c. Viruses from other microorganisms

d. Bacteria which can grow in higher hydrostatic pressure

5. Which of the following mediums are the examples of enrichment media?

6. Advantage of slant preparation is?

a. Microbes can slide on agar easily

b. More surface area for growth of microbes

7. Correct sequence for true/false for the following statements can be?