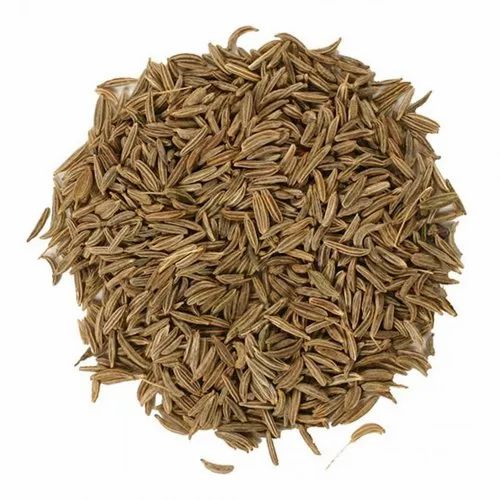 It is cultivated widely in northern and central parts of Europe, Turkey in Asia, India, and North Africa. It is also available in Canada, the United States, Morocco, Germany, Russia, Norway, and Sweden.

The plant is an erect biennial herb. It prefers loamy soil. About five seeds are sown in March or April in drills, 1 ft apart. The plants when strong enough are thinned out to about 8 inches in the rows. Proper manure and weeding is done. When the oldest fruits are mature and ripe, the plant is cut and the Caraways are separated by thrashing. They are then dried either on trays in the sun or by very gentle heat over a stove with occasional shaking.

Dorsal region consist of four vittae and the commissural surface has two vittae and a carpophore. The epicarp has polygonal tubular cells along with few stomata which are covered with cuticle. The mesocarp consists of rounded parenchyma cells, with scattered sclereids. The endocarp has elongated sub-rectangular cells, whereas the endospermis is made of thick-walled cellulosic parenchyma cells consisting of oil globules, calcium oxalate crystals, and aleurone grains.

Caraway grown in more northerly altitudes are richer in essential oil than that grown in southern regions and similarly if caraway is grown in full sun a greater percentage and richer oil is obtained. It has 4–7% volatile oil which consists of about 60% carvone alone with dihydrocarvone, carveol, carvacrol, and terpene limonene. The chief constituent of the oil is a hydrocarbon termed carvene and an oxygenated oil carvol.

Both fruit and oil possess aromatic, stimulant, flavouring agent and carminative. It is recommended in dyspepsia, as a tonic; as stomachic, for flatulent indigestion, as a excellent vehicle for children’s medicine and also as a spice.

Cuminum cyminum is commonly used in many parts of country. The volatile oil content is only about 3 to 4%.

2. Which of the following is synonymous of caraway?

3. Which of the following is Allied of Caraway?

4. Which of the following is not use of caraway?

5. Which of the following is belong to umbelliferae family ?

6. Which of the following is false sentence about caraway ?

A. The plant is an erect biennial herb.

B. The mesocarp consists of rectangular parenchyma cells, with scattered sclereids.

C.The epicarp has polygonal tubular cells along with few stomata which are covered with cuticle.

D. Dorsal region consist of four vittae and the commissural surface has two vittae and a carpophore.

7. Which of the following is not chemical characteristics of caraway?

8. Which of the following is use of caraway ?

9. Which of the following is major chemical constituents of caraway ?

10. Which of the following is not characteristics of caraway ?

B. It has aromatic odour.

C. They are yellowish brown in colour with five distinct ridges.

D.They are yellowish brown in colour with four distinct ridges.