Biological source:-
Cinnamon consist of dried bark, freed from the outer cork and from the underlying parenchyma, from the shoots growing on the cut stumps of Cinnamomum zeylanicum Nees. 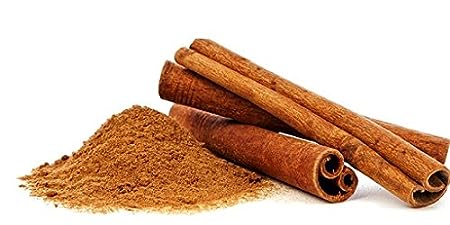 The wavy longitudinal striations are present on external and internal surfaces of bark (bark freed from cork).

Uses:-
The drug is used as aromatic stimulant, antibacterial, antifungal, antiseptic, carminative, stomachic and astringent. Commercially, it is also used as spice, condiment, in candy preparation, dentrifices and perfumery. Cinnamon oil is used in urinary infection and food technology. Cinnamon oil and cinnamaldehyde are irritating to skin and mucous membranes. They cause allergic reactions like urticaria or edema of the face and lips.

Cinnamon cassia is often used as a substituent. C. culiawan is native of Amboyna and the bark has the flavour of clove, C. iners, Cassia burmarin, Saigon cinnamon, and C. nitidum are also used.

1. How many CM annual rainfall is required for cinnamon plant ?

2. The average yield of bark is per hectare is

3. Cinnamon oil has specific gravity is

5. Cinnamon oil is use for

6. Which is measure chemical constituents of cinnamon oil ?

7. How many percentage of eugenol is present in cinnamon ?

8.  Colour of cinnamon oil is

A. Orange to red colour

B. Red to orange colour

10. Cinnamon is belong to family

This information is taken only for education purpose.