Malaria sporozites are released into the blood with the bite of an infected mosquito and within a minute it attach to and invade the liver cell. Now, these parasites reproduces asexually in liver cells, burst the cell and release into the blood this cycle occur in human host. Now parasite reproduces asexually in red blood cell and causing cycles of fever and other symptoms. Released parasite infect new red blood cell. In, sexual stage (gametocytes) develop in red blood cells. Female mosquito take up the gametocyte with the blood meal. Now, the fertilization and development take place in the mosquito’s gut. Mature infective stage (sporozites) escape from gut and migrate to the mosquito salivary gland. When the mosquito bites another human, sporozites are injected with bite. The above image is taken for education purpose only from niaid.nih.gov

Following are the symptoms of malaria : 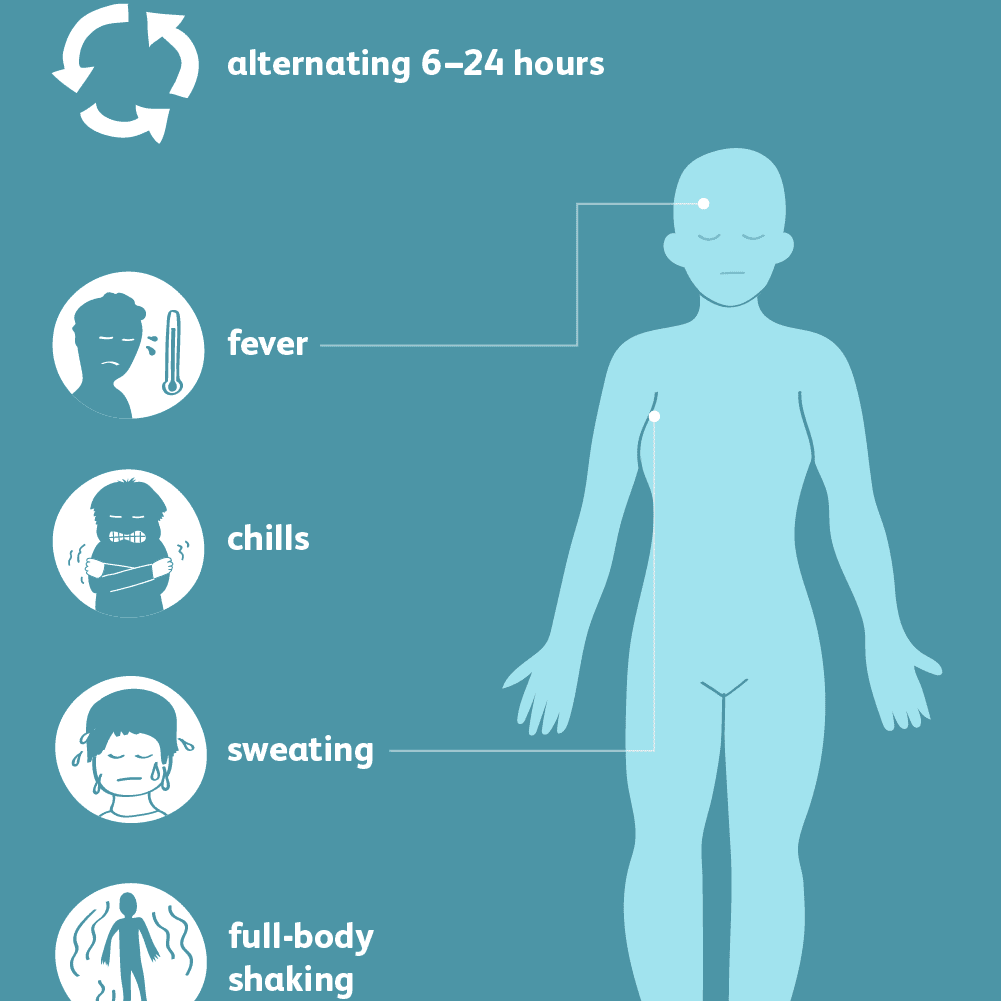 The above image is taken for education purpose only from verywellhealth.com

Following are the malarial drugs administrated to the infected person :

2.] How many people are at risk of malaria in world ?

4.] There is a vaccine against malaria ?

5.] The infectious agent that causes malaria is known as which of the following ?

6.] Which of the following are not antimalarial compound ?

7.] Which of the following statement is correct ?

a. Malaria is neglected tropical disease

b. If you get malaria once, you won’t get it again

c. Malaria is quit often endemic in poorer region of the world

8.] Black water fever is special manifestation of malaria caused by ?

d. Bite of a mosquito

7.] (c) Malaria is quite often endemic in poorer region of the world