MASS SPECTROSCOPY is an analytical technique that measures the mass-to-charge ratio of charged particles. It is used for determine masses of particles, for determining the elements composition of a sample or molecules and for elucidating the chemical structures of molecules.

The relative abundance of positively charged fragments of various mass to charge ratio is the characteristics feature of the molecules that serve to identify the substance. It is determine by 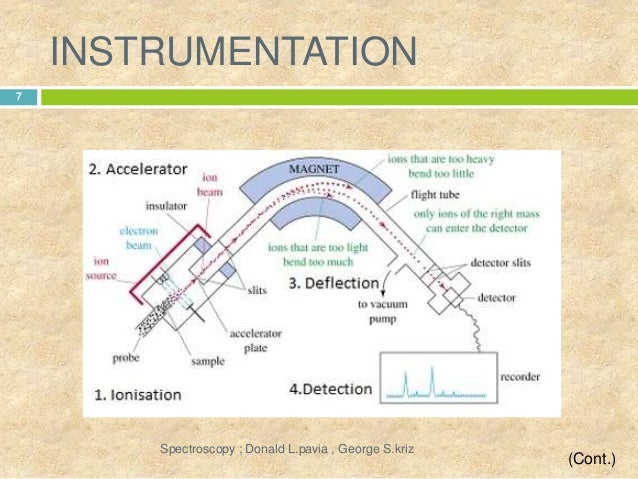 IN A TYPICAL MS PROCEDURE :-

1.what is use of mass spectroscopy ?

B.Elucidating the chemical structures of molecules

D.None of the above

D.None of the above

3. Highest m/z peak in mass spectrum is called as

5. Which ratio is measured by mass  detector ?

q.The ions are detected usually by a quantitative method.

r.The ions are separated according to their mass to charge ratio in an analyzer by electromagnetic fields.

s.The components of the sample are ionized by one of a variety of methods (e.g. by impacting them with an electron beam) which result in the formation of charged particles.

w.A sample is loaded into the MS instrument and undergoes vaporization