Kinetics is the study of reaction rates and how they are changed in response to any environmental factors. The key factor which affects the rate of reaction catalyzed by an enzyme is the amount of substrate present [S], the effect of V0 (initial velocity).

The ES complex breaks down and yields product and now the enzyme is free to bind to another substrate.

Enzymatic reactions occur in two stages shown in below equations:

K1, K2 and K3 are rate constant. Michaelis-Menten Equation describes how reaction velocity varies substrate concentration. The mathematical equation is given as:- 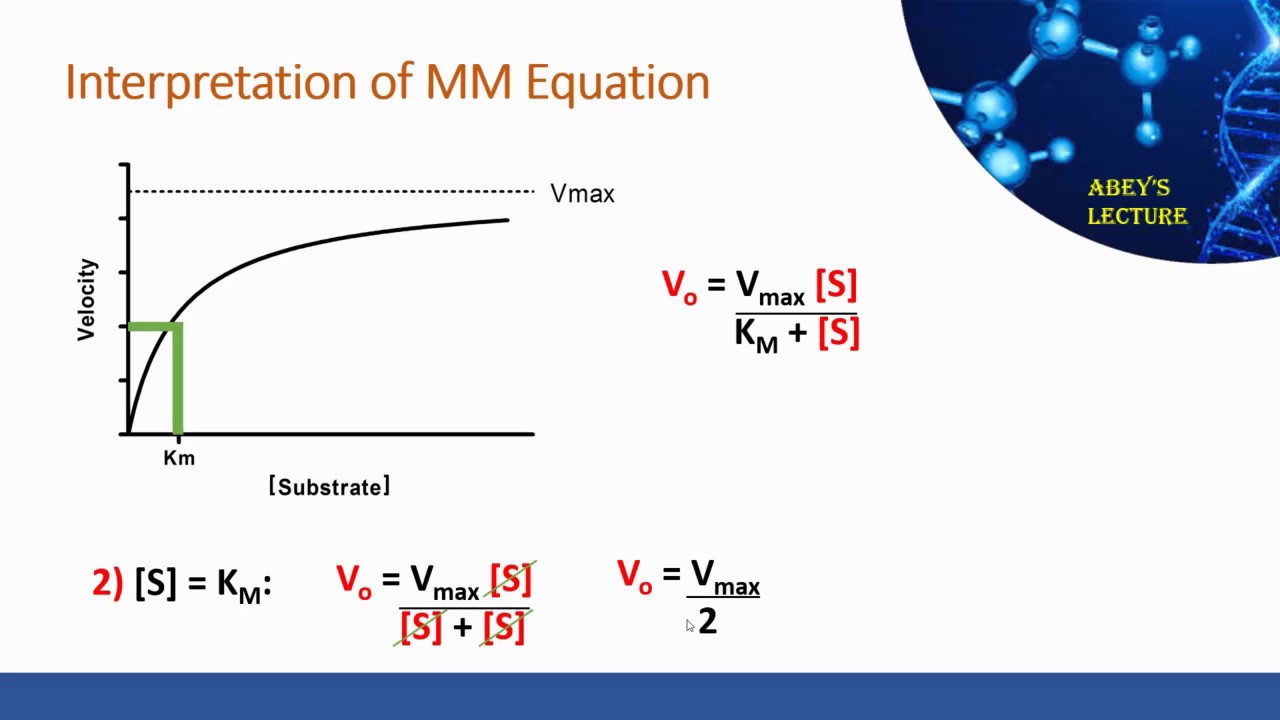 A more convenient procedure to find out the values for Km and Vmax is double-reciprocal plot. The equation is obtained by taking the reciprocal of Michaelis-Menten equation:

1. What is enzyme kinetics?

B. Study of rate of reaction

2. What is the effect on initial velocity if the substrate concentration is low?

3. What is the effect on initial velocity if the substrate concentration is high?

4. In how many forms, enzymes exists in an enzymatic reaction?

5. In which form the enzyme exists when the maximum velocity is observed?

6. In which form the enzyme exists when [S] is low?

7. When the reaction reaches its plateau state, which type of kinetics is seen?

9. Which equation is required to determine the mechanism of action of enzyme inhibitors?

10. Turnover number is also known as?

12. Which of the following statement is NOT true?

A. Turnover number is also known as catalytic constant

B. The reaction for the formation of ES is irreversible

C. The reaction is in steady state when rate of synthesis is equal to rate of degradation

13. Which of the following is the slope of double-reciprocal plot?

14. Which of the following terms are involved in Michaelis-Menten Equation?

15. The point at which the line intersects the y-axis of double-reciprocal plot is numerically equal to?

1. Study of rate of reaction

12. The reaction for the formation of ES is irreversible