Gases are compressible fluid and has no definite shape.

1) A sample of gas assumes both the shape and volume of the container.

3) The densities of gases are much smaller than those of liquids and solids and are highly variable depending on temperature and pressure. 4) Gases form homogeneous mixtures (solutions) with one another in any proportion.

The Gas Laws: 1) Boyle ‘s law : This law states that the pressure of a fixed amount of gas at a constant temperature is inversely proportional to the volume of the gas.

P α 1/V Pressure is inversely proportional to the volume

2) Charles Law: This law states that the pressure of a fixed amount of gas at a constant At a fixed pressure, the volume of a gas is proportional to the temperature of the gas.

3) Gay-Lussac’s law: This law is a special case of ideal gas law. This law applies to ideal gases held at a constant volume allowing only the pressure and temperature to change.

4) Avogadro law: This law states that the volume of a sample gas is directly proportional the number of moles in the sample at constant temperature and Pressure.

Liquefaction of Gases: When pressure on a gas is increased, its molecules closer together, and its temperature is reduced, which removes enough energy to make it change from the gaseous to the liquid state. 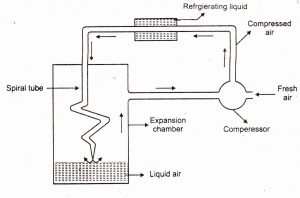 Fig 1 – Method of liquefaction of gases (taken from Chemistry skills)

Aerosols-inhaler: An aerosol is a suspension of fine solid particles or liquid droplets, in air or another gas. Aerosols can be natural or anthropogenic. Examples of natural aerosols are fog, dust, forest exudates and geyser steam. Examples of anthropogenic aerosols are haze, particulate air pollutants and smoke.

Liquefaction of a gas can be achieved by applying pressure on it and keep the temperature below the critical temperature. When the pressure is reduced, the molecules expand and the liquid reverts back to the gaseous state. Aerosols are based on the principle of reversible change of state on the application and release of pressure. In pharmaceutical aerosols, a drug is dissolved or suspended in a propellant, a material which exists as a liquid under the pressure conditions prevalent inside the container but gets converted to a gas under normal atmospheric conditions. The container is designed in such a manner that on depressing a valve, some of the drug propellant mixture is expelled out due to the excess pressure inside the container. The propellant used in such a products are generally fluorinated hydrocarbons although gases such as nitrogen and carbon dioxide and also being used.

Inhalers: An inhaler is a device holding a medicine that you take by breathing in (inhaling). Inhalers are often used to treat chronic obstructive pulmonary disease (COPD). They are three types: Metered-dose inhaler, Dry powder inhalers, Nebulizers.

There are three types of Inhalers:

Metered -dose inhalers – The most common type of inhaler is the pressurized metered-dose inhaler (MDI) which is made up of 3 standard components- a metal canister, plastic actuator, and a metering valve.

Nebulizers – Nebulizers supply the medication as an aerosol created from an aqueous formulation.

1.Gases are compressible fluid and has no definite shape.

2.If a gas expands at constant temperature, it indicates that:

a)Number of the molecules of the gas increases

c)Pressure of the gas increases

3.In order to increase the volume of a gas by 10%, the pressure of the gas should be

4.In the equation of state of an ideal gas PV = n RT, the value of the universal gas constant would depend only on

a)The nature of the gas

b)The pressure of the gas

c)The units of the measurement

5.Which one of the following statements is NOT true about the effect of an increase in temperature on the distribution of molecular speeds in a gas?

6.The greater the speed of gas particles in a container, the

a)Fewer collisions there will be

7.According to Boyle’s law, when the pressure of a gas increases at constant temperature, its volume

8.When the temperature of a gas decreases at constant volume, its

9.According to Charles’s law, when the temperature of a gas increases at constant pressure, its

10.Boyle’s law states that for a fixed amount of gas at a constant

a)pressure, the volume increases as the temperature decreases.

b)temperature, the volume increases as the pressure increases.

c)temperature, the volume decreases as the pressure increases.

d)pressure, the volume decreases as the temperature increases.

11.A gas will approach ideal behaviour at

12.Which of the following are examples of natural aerosols?

13.Dalton’s law of partial pressures is applicable to which one of the following systems?

14.The propellant used in aerosol products are generally

15. Which of the following are types of inhalers?